I was sitting at home last night looking through an issue of Game Trade Magazine (GTM #234).  Something that I have always seemed to appreciate has been the art on game boxes.  For me this enjoyment actually goes back into the 1980s when I was heavily into the Commodore 64 and Amiga 500 computer game scene as a teenager.

Box art back then and the box art now entice me.  It makes me want to buy the game and play it, which is exactly the kind of reaction marketers want consumers to elicit.  Let’s take a look at some computer game box art from the 1980s.  Afterwards we’ll look at some modern tabletop game box art.

The video game box cover art back back then used to suck me in and sparked my imagination.  Those early computer role playing games (CRPGs), which I seemed to enjoy playing the most, required a great deal of mental immersion as the game graphics were minimal and pixelated. 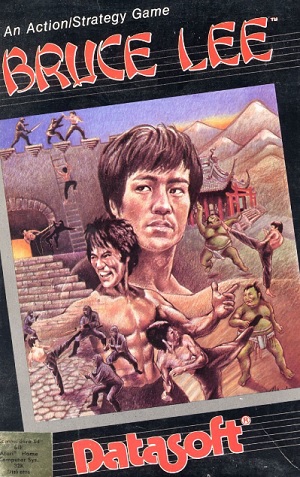 Modern CRPGs (such as Elder Scrolls Online and Bard’s Tale 4) are visually stunning and require less imagination than games from the 80s.  Modern games put you in the game, where you can look around and travel and visually see a detailed landscape and have highly immersive interactions with the game world.

For me, the game box covers always helped with my game play imagination when playing those Commodore games back in my youth.  The game cover below from a fantastic game called The Legend of Blacksilver… that game box art screams to me of adventure, danger, suspense, horror, monsters, magic, distant travel, swords, buff dudes, and hot chicks!  I really liked playing this game back in the late 80s. 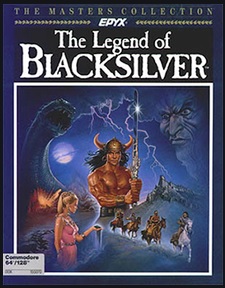 Legend of Blacksilver, a CRPG, C64 cover from the late 1980s

Most of the time the art on the cover of a Commodore 64 or Amiga 500 game didn’t portray anything close to what you would visually see while playing the game.  Game box art was crucial back then (and it is now too) for drawing people in and making them take a closer look at the product.

I recall fondly going to computer game stores and just drooling over the box covers, dreaming about the game content and the hours of enjoyment.  Game box art made me appreciate art in general.  It was back in the mid to late 80s that I started to develop an interest in fantasy art in particular.

I never played Psycho Soldier, but I did appreciate the box cover art.  I was fourteen or fifteen at the time and the gal on the cover was a hot babe! 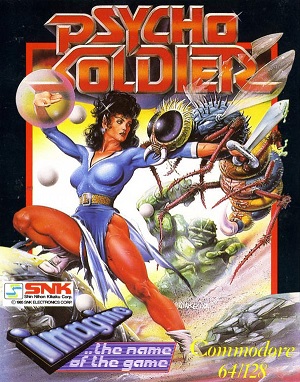 Another peek at a game favorite of mine from back in the 1980s is for The Bard’s Tale II, seen below.  Many hours were spent in this game, fighting monsters, wandering around dungeon mazes, towers, castles, cities, and forests, trying to uncover clues to riddles and find treasure.  Good memories, and the game box art looks fantastic! 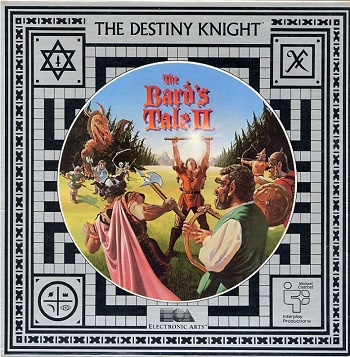 Game software publishers really had to have some fantastic game box art to draw people in to buying their games.  Often times looking at the back of the computer game box was a let down compared to what was on the cover.  It all would depend on your imagination as a computer game player and if you could immerse yourself into the game via the game design and the box cover art.

I admit I never really liked playing tabletop games that much until the past few months.  Sure, I tried some RPGs back in the day and dabbled with Magic the Gathering off and on the first few years it came out.  By and large most of tabletop game playing was with the games Monopoly, Life, Stratego, Risk, Uno, Candyland, and a few others. 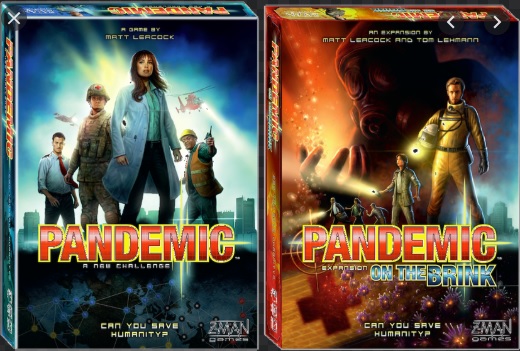 These days I love wandering through tabletop game stores just to look at the game box art.  Those game covers now, just like back when I was a kid, spark my imagination.  Because I am 45 years old I have to wonder if in a way I am getting into tabletop gaming because it brings me back to my childhood when I was Commodore computer gamer. 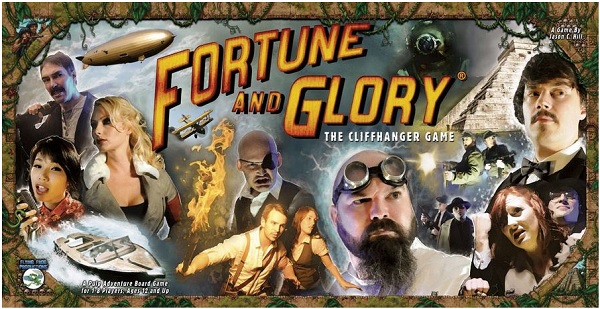 I have never played Fortune and Glory, but I really want to.  I recently purchased it and will hopefully get a chance to check it out very soon on a family game night.