Start Your Own Indie Tabletop Game Business, Part One

Without further preamble, let’s jump right into it.

Below are the reaming bullet points that were not covered in part one or part two that I will delve into in this blog post.

You had an idea for your own tabletop game and pushed forward to design and developed it.  If you are reading this you possibly decided to publish it yourself, or wanted to read more about what I did with my first game, Mint Tin Treasure Hunter.

As you previously read I decided to publish myself.  I found art and hired a freelance graphic designer (see my link page) to create the visual display for Mint Tin Treasure Hunter.

With my graphic layouts in hand I proceeded to get a physical prototype made.

Where did I go to do that?  The Game Crafter.

The Game Crafter Makes Your Games! 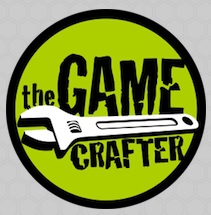 The Game Crafter is a print on demand company.  They have various tabletop game products that you can use by loading your graphic designs into preset templates.  Cards, boxes, cutouts, game boards, decals, dice, meeples, and a lot… lot more.

The Game Crafter is great for making game prototypes and you can even display and sell your games on their website.  I have purchased a handful of games from them over the years.  They’re a great company.  And for small indie publishers looking to keep their game manufacturing in the United States they are an excellent go to manufacturer.

Prototyping through The Game Crafter cost me around $11.00 to get a single unit of Mint Tin Treasure Hunter made.  Getting it shipped to my house was another $5.

Several days later after ordering my prototype it arrived in the mail.  I cannot even begin to describe the excitement and anticipation my wife and I felt when we opened up the package of our game.  It was a really good feeling.

We did notice an error immediately when we looked at the mint tin.  Personal error on my part, I loaded the mint tin cover art incorrectly – it was upside down in relation to the mint tin’s hinges!  My bad.  An easy fix, but it should have been caught when I was loading the templates on The Game Crafter website.

Aside from that the components looked great except for the linen texture I had wanted added to the cards… it was seriously lacking.

After I tweaked the prototype in The Game Crafter design site, I ordered several more copies of the game. The reason for this was I wanted to send those copies out to a few friendly local game stores that had open game play in house. I became chummy with some owners and they agreed to oversee some live testing of the game.

I hand delivered a few copies of my game to three different stores. Two were close to where I live, the third was about a two hour drive away. Yes, there were closer stores than the third one, but I knew the owner.

I had positive feedback from all three of the game stores, with the exception of one aspect of the game: the rules guide.

I ended up rewriting the rules of the game in a much easier to read and understand manner. I thought I did that the first time, but I guess I was wrong. If people have trouble understanding the game rules they they will take way to much time referring back to them on how to play, and that slows down game play. And that can be a bad thing.

There are lots of ways to go about getting your game made. Some publishers go with crowdfunding on Kickstarter. Others have money set aside and go straight to manufactures in places like Taiwan or China (where it can be cheap to get quality games made if ordering more than five thousand units). Others, like me, who are small time, stick with The Game Crafter.

You can read more about Asgard Gamewerks using The Game Crafter, and why, by clicking this link here.

The Game Crafter is a print on demand game manufacterer. I can promote our games online and when we travel. I just need to send people to our game link on The Game Crafter website where they can order our game.

Our game design and publishing is more a side hobby, and we never had big plans to go mainstream and have nationwide or even regional distribution of our games.

Distribution On A Larger Scale

While The Game Crafter works for many indie game designers and publishers, it may not be what you are looking for. If you are looking to go large and get thousands of copies of your game made and into as many stores as possible, then you need to consider looking at large scale manufacturing and making your product available to game distribution centers like Alliance Game Distributors.

I am not an expert on this subject, but I do have an understanding of how it works.

Most large scale distributors like Alliance Game Distributors will only accept adding your games to their catalog (that is seen my game stores all over the world, who order games from them for their store shelves), if you have a handful of games under your publishing company that are available.

That means you are able to warehouse hundreds, maybe even thousands of your various games with them so they are readily available for purchase at wholesale costs.

Another good way to go is to seek aid and support from the Indie Game Alliance.

Most indie tabletop game companies don’t have the finances to develop and maintain a handful of games in stock numbering into the thousands for each game. Doing so could costs hundreds of thousands of dollars.

Typically indie table top game publishers use crowd funding to get their games made and into as many hands of people as they can. Any extra money they raise from crowd funding can be put towards lining their pockets, or used to buy more copies of their games that they end up storing and trying to sell at game conventions, or at any local game stores in their area. They may also sell them on their website – once they are gone they are gone.

Another thing is to just setup and sell print on demand, like we do though The Game Crafter.

Start Your Own Indie Tabletop Game Business: The Conclusion

This concludes the third blog post on my mini series of Starting Your Own Indie Tabletop Game Business.

For my wife and I here at Asgard Gamewerks this is a fun side hobby we enjoy. We never got started doing this because we were looking to make a living or have a major supplement to our income.

We started designing, developing, and publishing our little games because we likes the creation process. We also found out we both enjoying playing table top games.